The Asteroids, The Dinosaurs and You! A brief history and future of our dangerous solar system 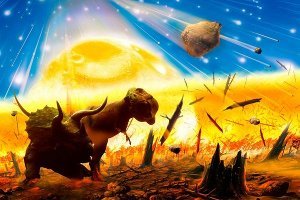 Our thinking about asteroids has changed dramatically in the last 50 years. NASA’s Deputy Chief Technologist will explore the scientific findings that has led to the most prominent theory for the cause of the extinction of the dinosaurs. In addition, events like the Chelyablinsk impact earlier this year has led the world to consider what might be done about these potentially hazardous objects.

James Adams came to the Office of the Chief Technologist from NASA’s Science Mission Directorate. There, he served as the Deputy Director of the Planetary Science Division, overseeing the Discovery, New Frontiers, Lunar Science and Mars programs. He was responsible for the development of several key technologies including Ion Propulsion, Radioisotope Power Systems and Pu-238 production strategies. Prior to this post, Adams served as the Project Manager for the Tracking and Data Relay Satellite, as well as a Space Station Freedom Systems Integration Manager at NASA’s Goddard Space Flight Center (GSFC).

Adams’ career experience spans both industry and government. In 1979, he joined General Electric as an engineer working on a variety of military and civilian space systems. He has worked on the design, development, testing, and operations of over 24 launched spacecraft, across three scientific disciplines and human spaceflight.

There is no charge to attend the talk but donations are welcomed. All funds received directly support the CTSC’s educational programmes and activities.