Refreshments will be for sale at iCafe.

This event is fully booked, but you can follow it via Google Hangout with Living Maths – watch this space for details. 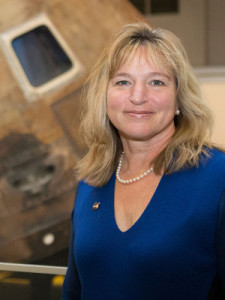 Dr. Ellen Stofan was appointed NASA chief scientist in 2013, serving as principal advisor to NASA Administrator Charles Bolden on the agency’s science programmes and science-related strategic planning and investments. Her appointment as chief scientist marks a return to NASA for Dr. Stofan. From 1991 through 2000, she held a number of senior scientist positions at NASA’s Jet Propulsion Laboratory in Pasadena, California, including chief scientist for NASA’s New Millennium Program, deputy project scientist for the Magellan Mission to Venus, and experiment scientist for SIR-C, an instrument that provided radar images of Earth on two shuttle flights in 1994. 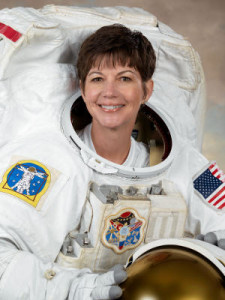 Dr Catherine “Cady” Coleman was selected by NASA in March 1992 and reported to the Johnson Space Center in August 1992. Initially assigned to the Astronaut Office Mission Support Branch and detailed to flight software verification in the Shuttle Avionics Integration Laboratory, Coleman subsequently served as the special assistant to the Center Director, Johnson Space Center. She served in the Astronaut Office Payloads and Habitability Branch, working with experiment designers to ensure that payloads can be operated successfully in the microgravity environment of low Earth orbit. As the lead astronaut for long-term habitability issues, she led the effort to label the Russian segments of the International Space Station in English and also tracked issues, such as acoustics and living accommodations aboard the station. She served as a CAPCOM in mission control for both the space shuttle and space station for a number of years. She represented the astronaut office on the Tile Repair Team for NASA’s Return to Flight after the Columbia accident. Coleman also served as the Chief of Robotics for the Astronaut Office, tasked with overseeing astronaut robotics training and the integration of crew interfaces into new robotics systems. Coleman has logged more than 4,330 hours in space aboard the Space Shuttle Columbia and the International Space Station. Read more here.

This is just the beginning of out-of-this-world programming brought to you by the American Space, USInfo@Central, at the Cape Town Central Library.