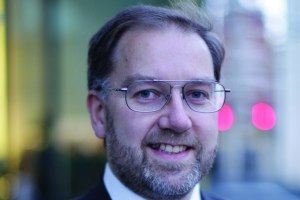 LEARNING TO LIVE WITH OUR DEFECTS – an illustrated talk by Professor Robin Grimes
Thursday 10 July @ 13:30

Crystals are like people, it is their imperfections that make them interesting …
During this talk, demonstrations are used to help explore the world of crystal imperfections. Some defects will actually be visible while others will be understood in terms of analogies. Historically, such demonstrations have played an important role in advancing our understanding of defect motion and stability. More recently the key to investigating defects has been to combine atomic scale computer simulation with experimental data. For all of us the aim remains the same: to develop new material with enhanced or even new properties.

BOOKINGS: Please call 021 300 3200 or email info@ctsc.org.za to book your seat.
There is no charge to attend this talk but seats are limited.

Professor Robin Grimes is a nuclear energy specialist, currently Professor of Materials Physics at Imperial College. He has been Director of the Imperial Centre for Nuclear Engineering at Imperial College, London, since 2008 and became Director of the Imperial College Rolls Royce University Technology Centre in Nuclear Engineering in 2010. He is also Principal Investigator of the Research Council’s UK Nuclear Fission Champion consortium Project.
Prof. Grimes has advised the House of Lords Science and Technology Committee’s inquiry into nuclear research requirements, and was part of the Scientific Advisory Group for Emergencies (SAGE) which provided official advice onthe 2011 Fukushima disaster. He has considerable experience of high-level international work with HMG, including overseas missions to Vietnam, Malaysia and Japan. Prof Grimes is also the UK Foreign and Commonwealth Office Chief Scientific Advisor (CSA), and is responsible for providing advice to the Foreign Secretary, Ministers and officials on science, technology and innovation. His role is to ensure that their work on key issues undergoes proper scientific challenge, and to strengthen the scientific and engineering capacity within the Foreign Office. The CSA works closely with the cross-government community of Chief Scientific Advisers and the wider UK and international academic science community.

Brought to you in collaboration with the British High Commission and their 20:20 Vision: Celebrating 20 years of Democracy with 20 Partnerships for the Future initiative 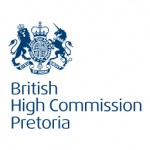