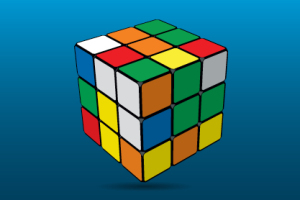 Anyone can enter…AND…get ready to watch two world record holders in action, solving cubes in under 6 seconds!

The tournament is sponsored by Speedcubes, Cybersmart, SACAP, Eighty20 & 10X Investments in association with the Cape Town Science Centre and Living Maths.

To enter and for further information visit www.speedcubes.co.za

2014 is the 40th anniversary of the invention of the Rubik’s Cube, the world’s most popular toy, with over 350 million cubes sold since it was invented. There are no statistics on the number of cubes that were purchased and remained forever unsolved, but solving the cube is far from impossible. The world record holders can do it in under six seconds, and children as young as three can solve it.

To celebrate four decades of the Rubik’s Cube there have been over 443 official cube competitions happening around the world (from Ankara to Zonhoven). Speedcubes has now added South Africa to that list and will host two official competitions, first in Johannesburg at the Sci-Bono Discovery Centre on Sunday, 23rd November (9am to 5pm) and then at the Science Centre in Cape Town on Sunday, 30th November (9am to 5pm). R20 000-00 worth of prize money is up-for-grabs, including for the youngest and oldest competitor at each event.

Feliks Zemdegs from Melbourne and Mats Valk from Amsterdam are the current Speedcube world champions and are both travelling to South Africa to compete at the Johannesburg and Cape Town events. Feliks currently holds the world record for solving the cube with an average time of 6.54 seconds, and Mat holds the record for the fastest single time of 5.55 seconds. Both are absolutely passionate about their craft and watching them ‘perform’ will be one of the highlights for the two competitions.
Entries have opened and anyone can enter the competition. Don’t know how to solve the cube? Don’t worry, there are a few weeks left to brush up on your skills. “I have taught hundreds of people, the youngest aged five”, says Amnon Melzer from Speedcubes. “It is wonderful to watch the pure delight of children who master a seemingly impossible task with a bit of helpful guidance and some patient preseverance”. And as an added bonus learning to solve the cube can has a positive effect on improving memory, attention, thinking skills and problem solving.

Since the launch of the original Rubik’s more complex versions have been invented. “We have over 40 different cubes aside from the standard 3×3 cube. The most complex cube is the 11x11which takes at least half an hour to solve, if you know what you are doing”, says Kim Katz from Speedcubes. For those that love the standard 3×3, here are some of the more interesting stats: world record for solving the cube with feet is 25.14 seconds; one-handed is 9.03s seconds and blindfolded is 23.19 seconds.

Join the world champions to share the joy and competitiveness of cubing. The events are about each participant reaching their personal best and having their time recorded with the World Cube Association. The Cape Town Science Centre and Sci-Bono Discovery Centre will be waiving entrance fees to the centres for the day to promote the learning made possible by engaging with a timeless toy.

The South African events are hosted by Speedcubes in partnership with Cybersmart, SACAP (The South African College of Applied Psychology), 10X Investments and Eighty20.
To enter the competitions visit speedcubes.co.za or contact Kim Katz on 083 2618485