Evening Talk: What we see, and what we don’t! 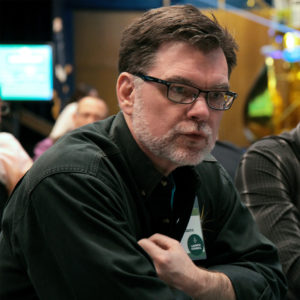 Did you know, that when you listen to your favourite radio station, send a text message from your mobile, or pop popcorn in the microwave oven, you are using electromagnetic energy? Everything emits electromagnetic energy, even you, and this energy travels in waves that span a broad spectrum from very long radio waves to very short gamma rays. The human eye can only detect a small portion of this spectrum, called visible light, which includes all the colours of the rainbow.

Join NASA Deputy Chief Technologist (Retired), Jim Adams,for an overview of how we are slowly painting a picture of the amazing universe we live in using these telescopes, and meet the giants of our time that will continue to open our eyes.

Jim Adams retired as NASA’s Deputy Chief Technologist in September 2016 to focus on encouraging young and emerging innovators and entrepreneurs by encouraging creative processes and innovative thinking. He served in NASA’s Office of the Chief Technologist at NASA Headquarters, Washington, DC from 2012, where he was responsible for the management of the technology strategy and innovation initiative across the entire agency.

Jim came to the Office of the Chief Technologist from the Agency’s Science Mission Directorate at NASA Headquarters,where he served as the Deputy Director of Planetary Science, overseeing the Discovery, Lunar Science, Mars and New Frontiers programmes as well as the development of several key technologies. Prior to his assignment at NASA Headquarters, he served at NASA’s Goddard Space Flight Center, Maryland in several capacities. Jim’s more than 25-year career at NASA saw him work on over thirty successful space missions.

Jim holds a BSc in Physics from Westminster College and a MSc in Electrical Engineering from Villanova University.

Apparently, he bakes a mean apple pie, but this is yet to be confirmed by a reputable judge in South Africa.

This lecture is supported by SKA Africa in support of World Space Week, 4-10 October 2016.