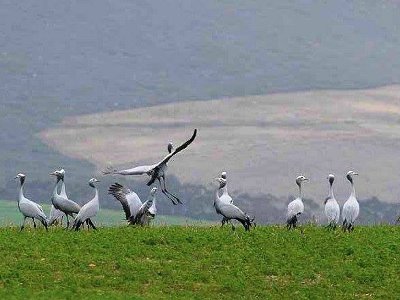 Well, you can lie down in front of the bulldozers. You can write letters to your MP and the President. You could join an NGO and let them campaign on your behalf? Or, you can become a “Citizen Scientist” and then you can really make a difference. Each little fragment of biodiversity data collected by a Citizen Scientist is valuable, if it contributed to an operation with the track record of the Animal Demography Unit. We build the jigsaw puzzle of biodiversity from all the pieces, and transform millions of bits of data into information that can be acted on. The more data, the more complete the picture, and the more powerful the conclusions. This information gets presented to government in various ways, and ultimately influences biodiversity policy.

Prof Les Underhill is the director of the Animal Demography Unit at UCT. Les has an academic background in mathematical statistics. He was awarded his PhD in abstract multivariate analyses in 1973 at UCT and what he likes to say about his PhD it is that he solved a problem that no one ever had. He soon grasped that this was not the field to which he wanted to devote his life, so he retrained himself as an applied statistician, solving real world problems. He climbed the academic ladder from Lecturer to Professor in the Department of Statistical Sciences at UCT. Gradually the application of his statistics narrowed down to data analysis problems in biodiversity and took him into the field of statistical ecology and he also developed a research interest in ornithology. So in 1991, he created the Avian Demography Unit (known as the ADU) within the Department of Statistical Sciences. While the original research focus of the ADU was mostly birds, starting with bird ringing and the first bird atlas project, it rapidly broadened to cover other groups such as mammals, butterflies, frogs, fish, reptiles. That’s why the unit changed its name to the Animal Demography Unit (but remained the ADU) when it moved to the Department of Zoology (now Biological Sciences) in 2008. Les has supervised or co-supervised 24 PhDs this millennium and has 743 friends on Facebook.